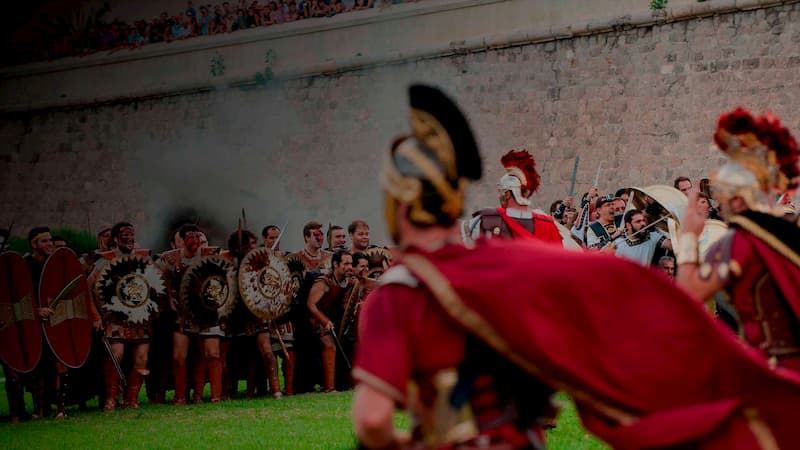 What to see in Cartagena (and where to eat!)

Wondering what to do and see in Cartagena (Murcia)? This beautiful port city is located in the south-east of Spain and is highly appreciated for its important Roman archaeological remains.

Besides being marked by history, it is also a city with a great mining wealth and known for having one of the most important natural ports in the Mediterranean Sea.

Cartagena (Murcia region) lived its maximum splendour in the Roman period, of which there are still remains of the most imposing and which will delight lovers of classical history. The bet is completed with several buildings of modernist architecture, such as its Casino or the Grand Hotel, which provide contrast and make it a very pleasant city that invites you to get lost among its streets.

We invite you to get to know this city better by proposing what to do and see in Cartagena. You can’t miss its Roman theater or the forum neighborhood, you will love to take a cruise around its bay or discover its cultural riches in its underwater archaeology museum. 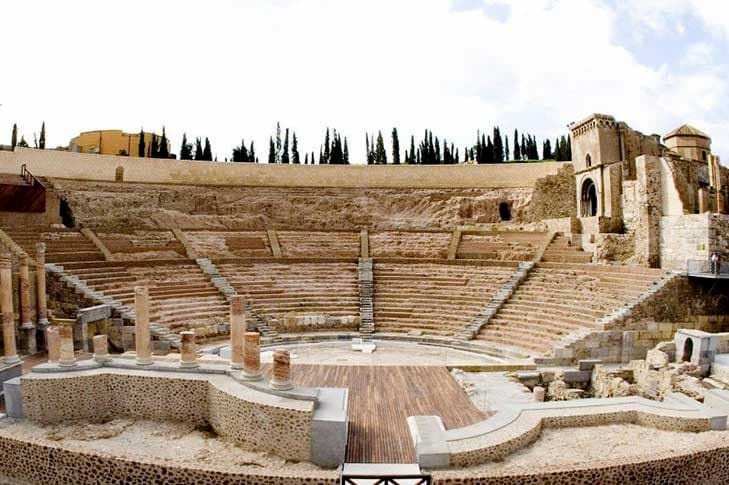 The Murcian city was founded in 227 BC, as its own name gives us a clue, by the Carthaginians. Specifically, by General Asdrubal who named it Quart Hasdasht. Romans were the ones who changed its name to Carthago Nova after conquering it, that with time became Cartagena.

Roman Theatre of Cartagena was one of the most important buildings made by Romans in this city. It had a capacity for about 7000 spectators and was in use from its creation between 5 and 1 b.C. up to 3rd century. Some time later, the different towns that passed through the city built on it until it was discovered in 1988 by an archaeologist from the University of Murcia, Sebastián Ramallo. He managed to exhume it so that it could be visited.

The first thing you should do if you want to learn more about the interesting history of this city is to visit the museum of the Roman Theatre. You will understand how this great enclosure, whose remains will still impress you, gradually disappeared: covered by houses during the Byzantine, Muslim and medieval periods.

You can find this neighborhood located at the foot of one of the small hills of the city, which is known as “El Molinete”. In recent years a great effort has been made to bring to light these remains of a district of the ancient Roman city that can be visited from 2012.

You will be able to walk around a thousand square meters on which an iron structure and metal columns have been placed to allow you to have a view of the whole.

In these archaeological remains you will be able to distinguish different Roman remains. For example, the so-called House of the Atrium in which you will appreciate its paintings that are in the process of restoration.

You will also see Roman baths, with their patio or peristyle of 600 meters that precedes the thermal circuit.

Also noteworthy is its ancient Roman road dating from the first century. You can see it through the large glass floor of a nearby building. 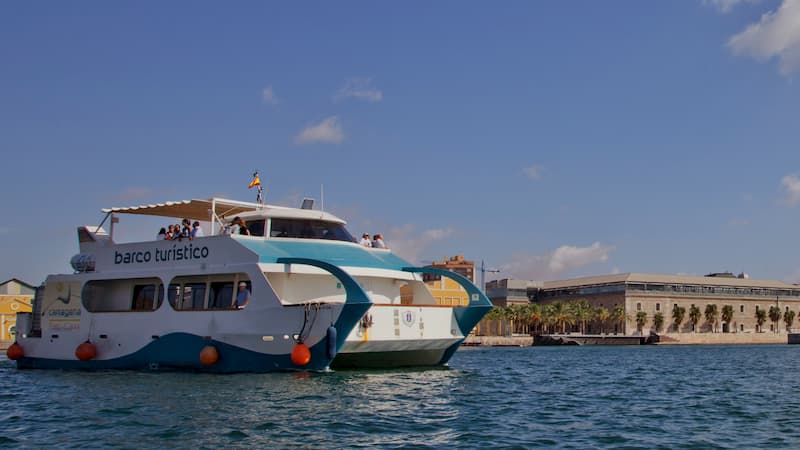 An activity that you can’t miss either and that will allow you to continue learning more about the history of the city is the cruise around the bay. Although with a different approach, in this 45-minute tour you will be able to navigate the city’s bay and learn about its historical significance.

During the relaxing tour, you will be able to see in the distance the defensive constructions that protected the city and that are distributed along its mountains and hills. You will also see the longest range cannon on the Spanish coast, which could shoot up to 35 kilometres.

This cruise offers the possibility to stop and visit one of the coastal fortifications of Cartagena, the Christmas Fort. 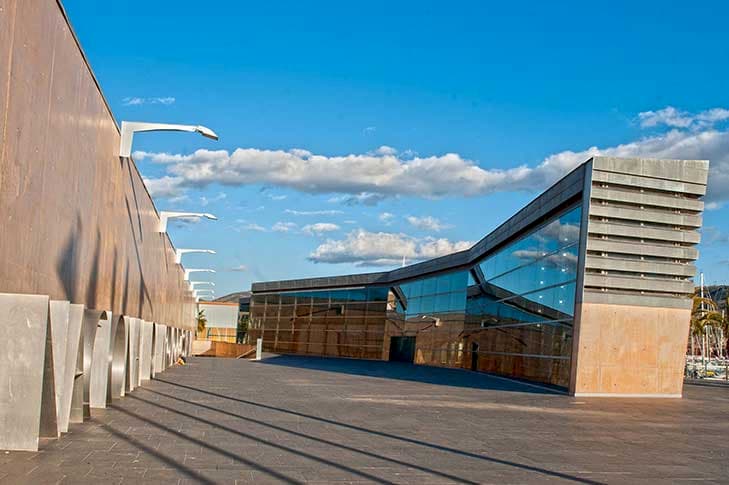 The Museum of Underwater Archaeology (ARQUA) is a national institution in charge of promoting the cultural heritage found in the underwater world of our country. That is to say, the archaeological remains that are rescued from the sea bed.

In the ARQUA you will be able to see all the work that has been done on the coast of the Brown to recover archaeological remains of ancient Phoenician ships. The collections come from more than fifty years of research and excavation in underwater sites along the coast of Murcia. They also include donations and deposits from other autonomous communities.

You will also find many activities for children and the whole family so that the little ones in the house can have fun while they learn.

Where to eat in Cartagena?

In Cartagena, being a coastal city, what you eat most is seafood and fish. We recommend you some restaurants with very good opinions in which you can taste its delicious gastronomy:

It is a charming family restaurant located in La Plaza Alcolea number 6. Here you can eat both seafood and meat, but they also have gluten-free and vegan dishes available.

If you’re in the mood for fresh seafood, La Marina is one of the best places to go. It’s on Calle Santiago number 11, and everyone who goes there agrees that the quality of its dishes is amazing. 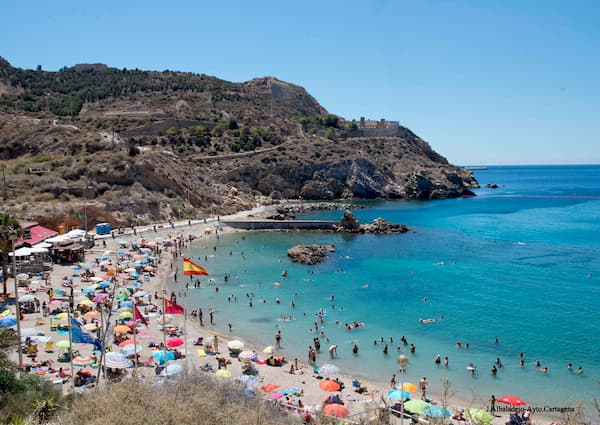 After sightseeing and a good meal, it’s time to relax on a good beach. You cannot leave this town without visiting the following beaches:

It is a really beautiful beach whose width and golden sand invite you to lie down and relax. It is very close to Negrete beach, so much so that you can go there just by passing some rocks that separate them.

It is a fairly quiet cove because it is further away, so to get there you have to walk a little, although it is worth it. It is surrounded by rocks. 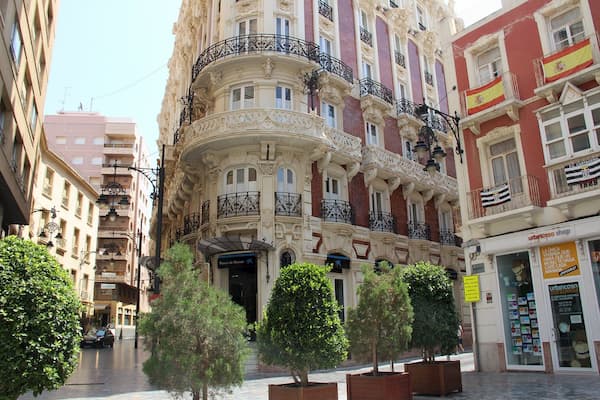 If you plan to stay several days in Cartagena (Murcia) to enjoy the city peacefully, we recommend you to stay in these hotels:

It’s a four-star hotel and recently renovated. The decoration is quite modern, but elegant and, in addition, the rooms are soundproofed so that you can rest.

It is located only 5 minutes from the tourist area of Cartagena.

This hotel is another accommodation where you will feel at home. It is very close to the port and is one of the most touristy areas of the city.

In short, Cartagena is a very comfortable and pleasant city to make a relaxing getaway; its historical centre, its gastronomy and its beaches make it ideal to spend a few days resting.

Do you already know what to do and see in Cartagena? If you have started planning your trip to the region of Murcia you can count on us. At Mitaxi we offer you the possibility of booking your taxi in advance so that it can pick you up at the station or airport. You won’t have to worry about anything, we will be waiting for you when you arrive. Book now! 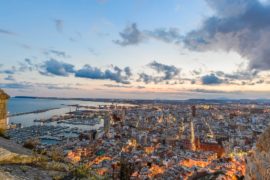 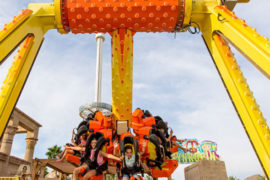 What to do in Benidorm with children (Cool Tips for families) 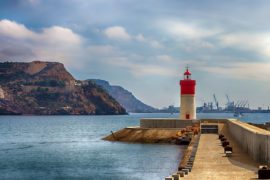 3 reasons to rent a minivan in Murcia

Private transport, a way to move on vacation

23 May, 2019
We use our own and third-party cookies to improve our services and show you advertising related to your preferences by analyzing your browsing habits. If you go on surfing, we will consider you accepting its use. You can change the settings or get more information here    See